A roadmap for online travel’s long, painful path to recovery

Five months into the Covid-19 pandemic, at least one online travel company in Southeast Asia has shut down. The rest face cratering revenues and are making both ends meet by cutting costs. But since the economic fallout from this black swan event will likely be felt for some time, there are limits to this strategy.

As such, the questions have turned existential. Will online travel companies even survive this crisis? 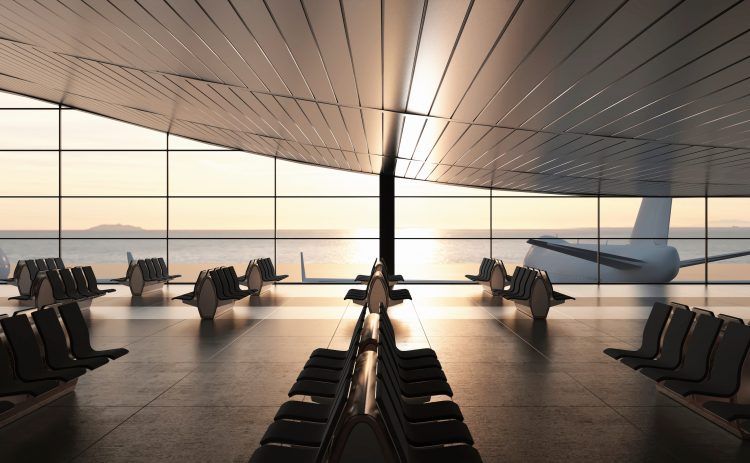 For the most part, the answer is yes, according to Aldi Hartanto, vice president of investments at MDI Ventures. He’s confident that the major online travel agencies (OTAs) – Traveloka, Tiket.com, and Trip.com Group, among others – will pull through, but he has his doubts about the prospects of smaller players.

That said, Hartanto estimates that for OTAs to stay in the game, they need to shore up a runway of 18 to 24 months. Emergency fundraising or in more dire cases, a merger with a bigger and deep-pocketed player, might be in order.

“Founders and existing shareholders will have to expect significant dilution and lower returns,” he says. Along with valuation cuts, the investment horizon will be “much longer” in order to recover growth and market perception towards the industry.

Given that a full recovery may take a year or longer, these businesses may need to rethink their model from the ground up. Whether OTAs choose to pivot, go with an investment or be acquired, it won’t be easy and the cost may be high.

The M&A or PE route

According to Hartanto, the companies with the best chances for survival have relatively straightforward traits. They have big cash balances and low debt as well as robust gross profit margins and operating cash flows. They’re also less people-centric, which means lower fixed costs and less operational exposure.

Those that fall into this category are the likes of Traveloka (close to US$1 billion in disclosed funding); Trip.com Group (US$1 billion in net profit for 2019); and Tiket.com (backed by Indonesian conglomerate Djarum). Assuming healthy internal financials, they should at least have a sizable cash balance and existing investors who can inject capital when necessary.

But there may also be instances where an investment from current backers may not be feasible. Sean O’Neill, a travel tech editor at Skift, uses Klook as an example. The Hong Kong-based travel experiences platform raised a US$225 million series D+ round led by SoftBank Vision Fund last year, but the Japanese conglomerate is still grappling with the WeWork debacle and troubles at Indian hospitality startup Oyo. O’Neill says that Klook can make it if it manages its cash flow well. But should it need an infusion of capital, and SoftBank or other investors can’t participate, then one avenue to consider is a merger or an outright sale.

For Klook, the likely buyers would be Trip.com Group or Alibaba, which owns travel marketplace Fliggy. SoftBank may also choose to merge Klook with one of its portfolio companies, such as GetYourGuide, a Berlin-based OTA that also markets travel experiences.

“TripAdvisor, another major seller of tours and activities, doesn’t seem financially able to acquire companies right now, and neither does Expedia Group,” observes O’Neill. “Booking Holdings sold some of its equity in Trip.com Group recently, so it may not be thinking of tuck-in acquisitions.”

According to Hartanto, several venture capital firms are exploring M&As or consolidation for their travel-related portfolio companies, but most of the others are “laser-focused” on their own. “All travel-related startups have significant probability to not survive this pandemic, so they already have too much on their plate,” he says.

Many are cautious that any OTA or travel-related consolidation at this time will not lead to the ideal outcome of “1+1=3” or even “1+1=2,” Hartanto says. Each entity would be bringing their own liabilities and other troubles to the table. A post-deal integration, for instance, would be a headache even without pandemic-related complications.

“That way, [M&A] will potentially bring more chaos,” he adds. “Most of the players don’t want to take the risk of doing M&A in the middle of this.” The more likely route would perhaps be through a private equity cash injection. Silicon Valley PE firm Silver Lake Partners has invested US$1 billion in Airbnb’s debt securities, and together with Apollo Global Management, injected US$1.2 billion into Expedia.

This approach does come with caveats. Hartanto says PE firms will be looking for a bargain, and as companies need cash, investments will come via the issuance of new shares.

In Airbnb’s case, the debt financing comes with high interest rates of between 11% to 12%. The short-stay rental company also awarded the investors the right to buy shares at a valuation of US$18 billion. That’s significantly lower than its valuation of US$31 billion at the time of its last funding round in 2017.

Most of the players don’t want to take the risk of doing M&A in the middle of this.

As for Expedia, analysts say that the arrival of PE firms would bring more cost discipline and focus on restructuring while also increasing the odds of a sale once the economy restarts.

Even then, cash is still king. Silver Lake co-CEO Egon Durban said that his firm invested in Airbnb and Expedia because both companies have strong cash positions. The bet, he says, is that the economy will bounce back before the cash runs dry.

The pandemic will no doubt affect existing business models. For online hotel operators like Oyo and RedDoorz, a short-term solution would be to ask their hotel partners to shift from an inventory model to a revenue-sharing one. This is the path that RedDoorz has followed while also slashing costs, but Hartanto wonders if it will be enough.

“Fundamentally, traffic will remain low,” he says. “The other strategy is to shift from short-term to long-term stay, but [that demand also] remains low.” (To its credit, RedDoorz claims it has enough funds to last it through 2022.)

For OTAs, the ramifications may be larger.

Two of the three predominant business models are the agency (traditionally used by Booking.com) and the merchant (traditionally used by Agoda) approaches. Under the merchant framework, an OTA purchases hotel rooms in bulk – at a price cheaper than the rack rates – before reselling them to travelers. In the agency setup, the OTA charges the hotel a commission only when a booking is made.

O’Neill thinks that in theory, Covid-19 may put more pressure on players with a merchant model, as they would be liable for canceled bookings instead of the hotel.

“In the agency model, the hotelier is more on the hook in facing the crunch of refunds,” he says. 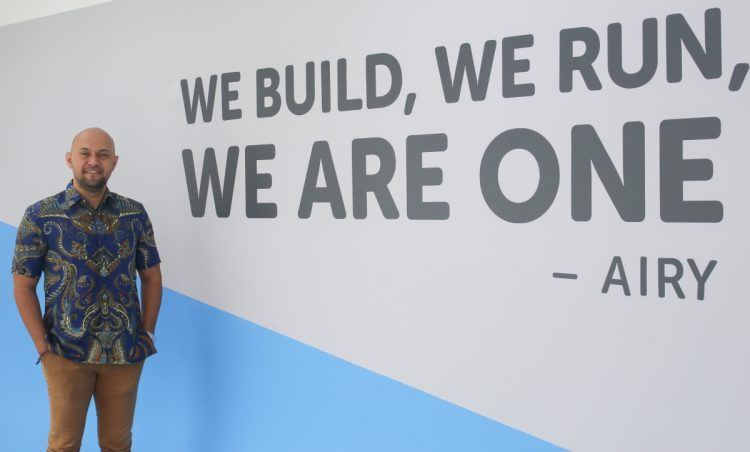 O’Neill notes, however, that the explanation above is an “oversimplification.” Hartanto also points out that the top OTAs have improved their bargaining power in recent years, given the size of their traffic and a behavioral shift among consumers towards online bookings. To the MDI executive’s knowledge, major OTAs like Traveloka or Tiket.com operate a hybrid model – these companies run on a merchant model for high-demand inventory, and use the agency model for the rest.

“Top OTAs usually have a pretty fast inventory turnover, so the exposure shouldn’t be that high,” Hartanto says. The issue is more that the merchant model requires bigger operational teams, which bring on added costs.

That said, the agency model’s primary drawback is margins, which are thinner due to their asset-light operations, according to Hartanto. This makes such companies relatively vulnerable to swings in revenue.

In theory, Covid-19 may put more pressure on players with a merchant model.

“For OTAs, this situation certainly pushes them to pick the best of the worst,” he adds. “Any decision will always have a material downside.”

After the pandemic, there’s also a broader question on whether consumers will avoid OTAs that use merchant model. O’Neill says that hoteliers generally only offer discounted rates to OTAs if they buy in bulk or accept restrictions such as non-refundability. But with Covid-19 in the picture, travel restrictions may come and go over the next year or so, and consumers may not want to subject themselves to non-refundable bookings .

OTAs are exposed to risk as well. Purchasing large numbers of inventory on volume discounts ahead of time would make them less flexible to swings in supply and demand, which may happen due to on-again, off-again travel bans.

Still, “we don’t know what will happen,” O’Neill says.

It’s very unlikely for OTAs to find revenue channels that are not affected by Covid-19, Hartanto says. To stay afloat, there isn’t much that they can do except to reduce operating costs. Aside from layoffs, pay cuts, and furloughs, OTAs are renegotiating payment schedules, collecting accounts receivables, and implementing a “cockroach” mentality by shifting nonproductive teams to run revenue-generating initiatives.

Other firms are trying the time-honored pivot.

For example, Klook has launched initiatives focused on the food and leisure verticals. It has partnered with Lalamove in Hong Kong, combining its network of restaurant partners with the logistics startup’s on-demand delivery service. The Indonesian proptech startup Travelio, whose main business is in short-term apartment rentals, recently launched an online supermarket dubbed TravelioMart.

While recovery still seems a long way for most countries, China can provide an idea of what a restart would look like. Ctrip.com’s visits had plummeted from 37.2 million in December 2019 to 12.9 million by February 2020, according to SimilarWeb estimates. But it has since stabilized, with the company recording an estimated 13.8 million visits in April 2020. A trends report released by Trip.com Group, which owns Ctrip.com, also indicates that travelers in China are shifting from inter-provincial and outbound travel to local tourism. Klook is employing a similar approach. It has an agreement with local governments in Taiwan to expand domestic travel and is keeping an eye out for pockets of recovery in other markets, according to Marcus Yong, the company’s vice president of marketing.

“I will say even for the next three to six months, it would be a progressive improvement,” Yong says. “[It will] start with domestic travel and then open up to regional travel, and eventually global.”

Local travel may also be something that Traveloka can take advantage of, thanks to its Experiences product.

But while Hartanto believes this would be a good start, flights and hotels are still Traveloka’s primary revenue drivers. Recovering that lost traction will still be a long way off.