Commentary: China’s manufacturing confidence soars. It could be a false rally

Amid the doom and gloom that the Covid-19 outbreak has brought to the global economy, there’s one bright spot: The China Purchasing Managers’ Index (PMI) is signaling a strong rebound in March for the manufacturing industry. 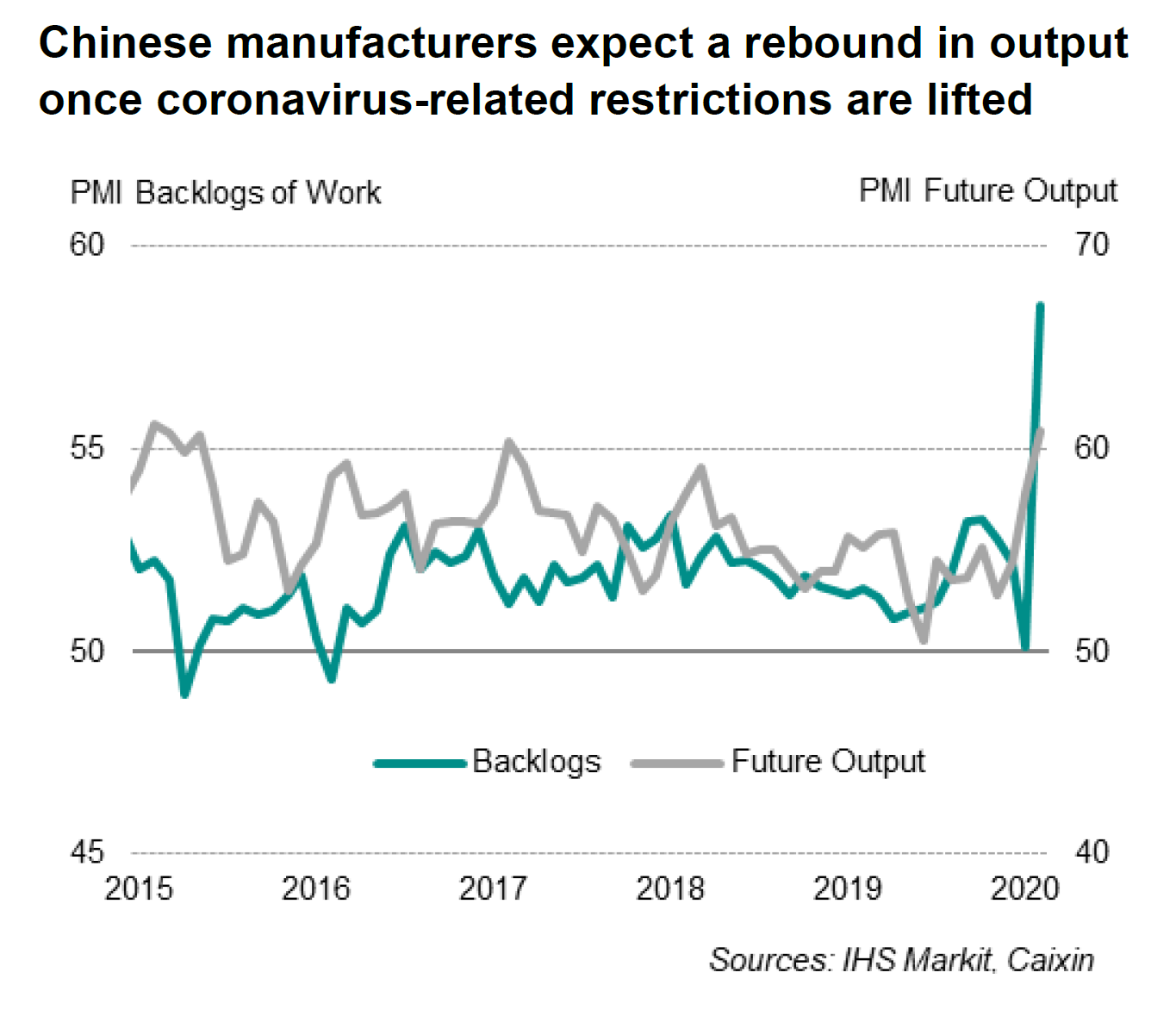 Underpinning this optimism is the fact that 90% of Chinese state-owned companies have begun operations once more. Several multinational factories have restarted production as well, albeit at lower capacity levels.

Are we past the worst?

With the confidence level so high and Chinese production expected to normalize by the end of March, it may be easy to think that we are out of the woods. Unfortunately, the situation isn’t that simple.

As seen in the chart below, while infections in China have started plateauing, incidents abroad – in South Korea, Europe, and the US – are only beginning to climb. The World Health Organization has classified the Covid-19 crisis as a pandemic and urged governments to step up measures to contain the virus from spreading further. 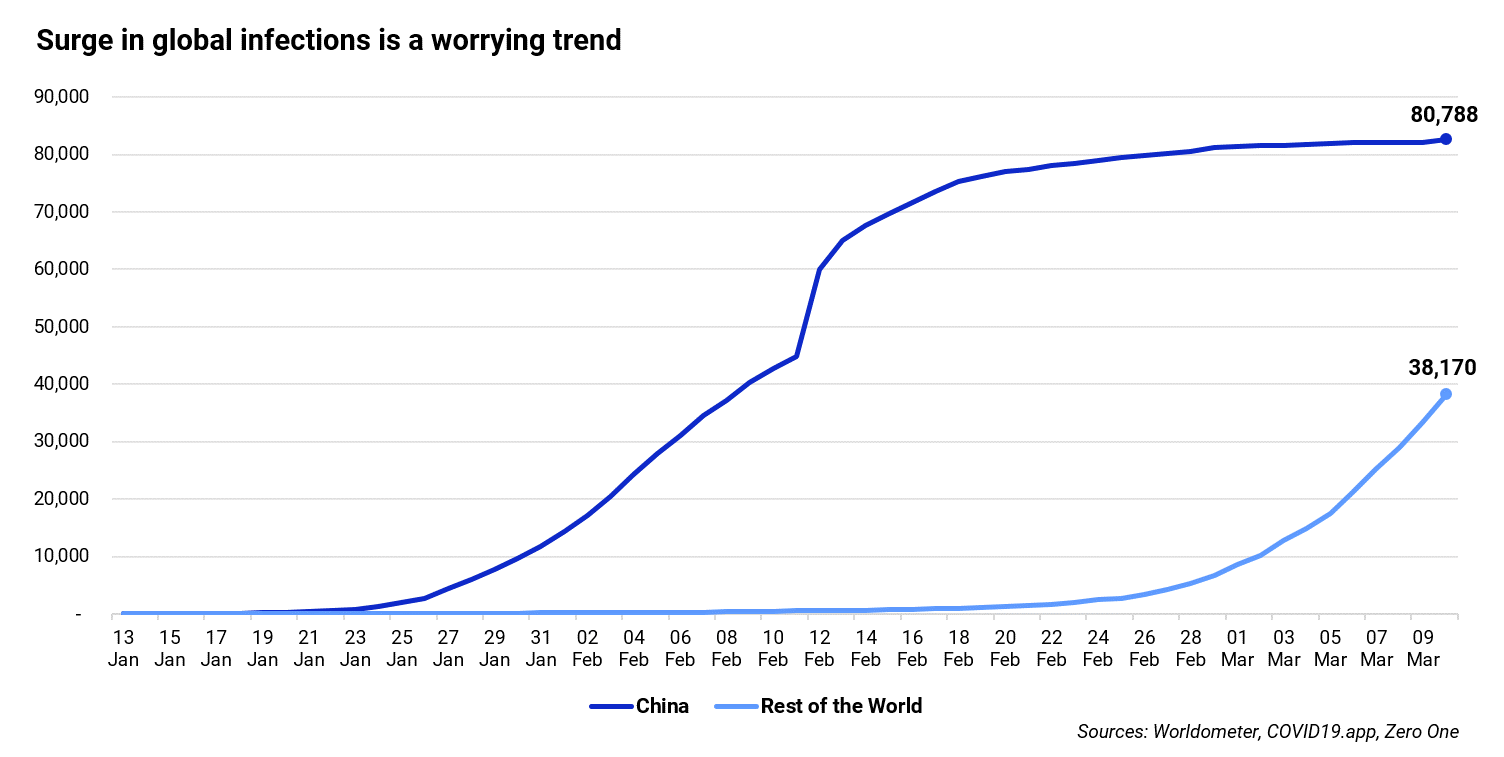 Since the outbreak began accelerating in January, global supply chains have been disrupted as factories in China closed down in an effort to contain the virus. The chart below shows that this has severely affected the Chinese economy, with output, new orders, and employment all falling to record lows. Inventory backlog in the country has also accumulated at its fastest pace in nearly 15 years. 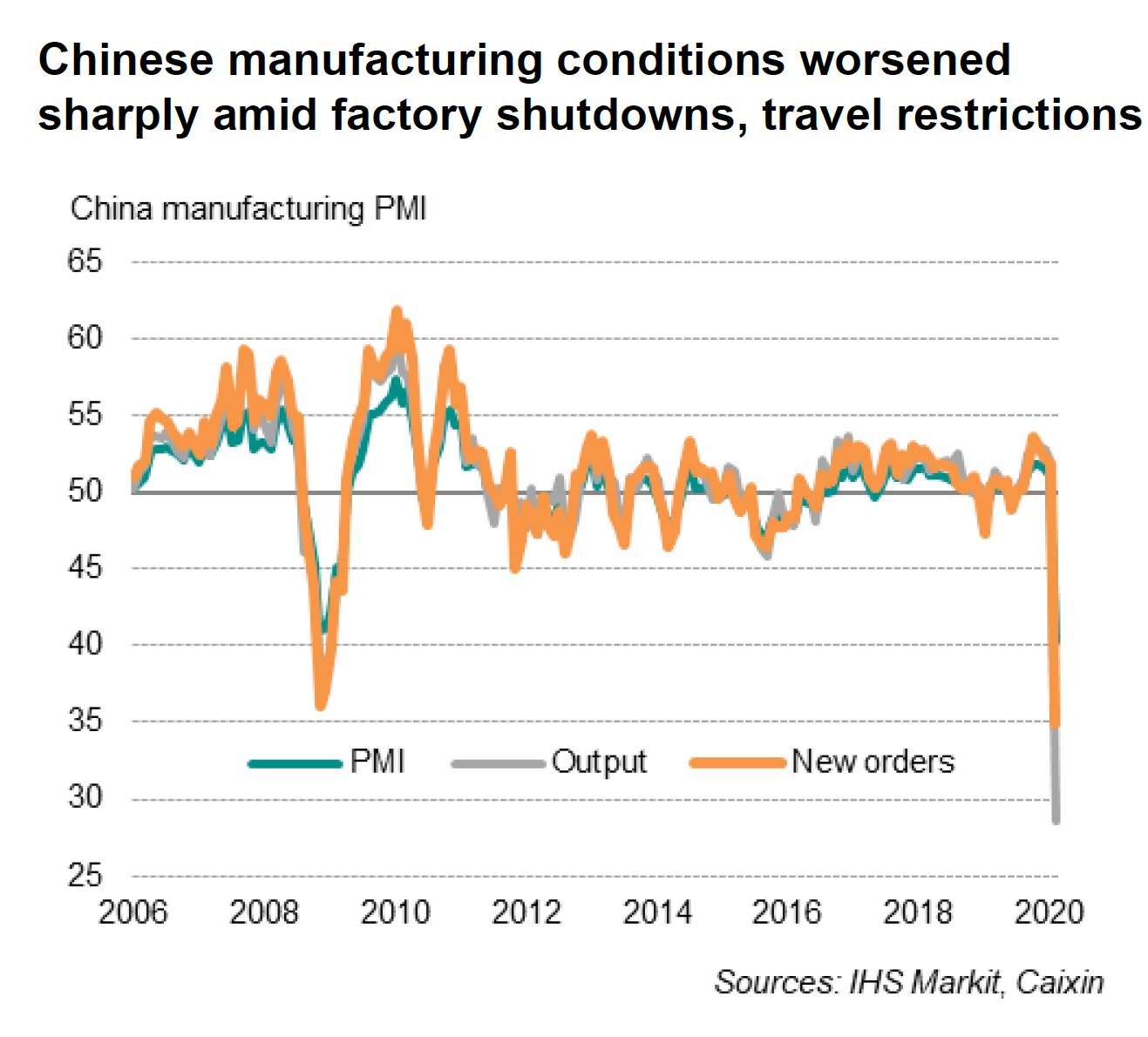 Uncertain macroeconomic conditions have caused business activities to falter, leading to a deluge of profit warnings from companies across the world.

Hardware firms such as iPhone maker Foxconn forecast a 15% drop in first quarter revenue as it struggles to get production back to normal. Auto manufacturers such as Hyundai have suffered similar setbacks – the carmaker suspended operations at its factory complex in South Korea due to a lack of components from Chinese suppliers. Even Chinese internet giants Baidu and Weibo weren’t spared, with both companies expecting revenue this quarter to fall by up to 13% and 20%, respectively.

With the virus spreading worldwide and hampering the global economy, the impact on China may be significant even if authorities succeed in containing the outbreak in the mainland.

The pandemic will likely cut global demand as consumers everywhere err on the side of caution and limit outside activities. Governments are scrambling to curb the outbreak. The US has suspended all travel from Europe, except the UK, for 30 days effective March 13. Italy recently placed the entire country on lockdown.

Conferences have been canceled across many industries, which translates to fewer business opportunities in the short term around the world. For the tech industry alone, various conferences like South by Southwest, Google’s I/O 2020, F8, and the Mobile World Congress have all been suspended. The cancelation of the Mobile World Congress in itself amounts to a US$480 million economic loss, according to PredictHQ.

Air travel is another sector that’s suffering. The International Air Transport Association recently warned that the airline industry could lose US$113 billion this year due to the virus. The pessimism is spreading to other industries, with eight in 10 startups saying their businesses have been negatively affected, according to a Tech in Asia survey conducted in February. 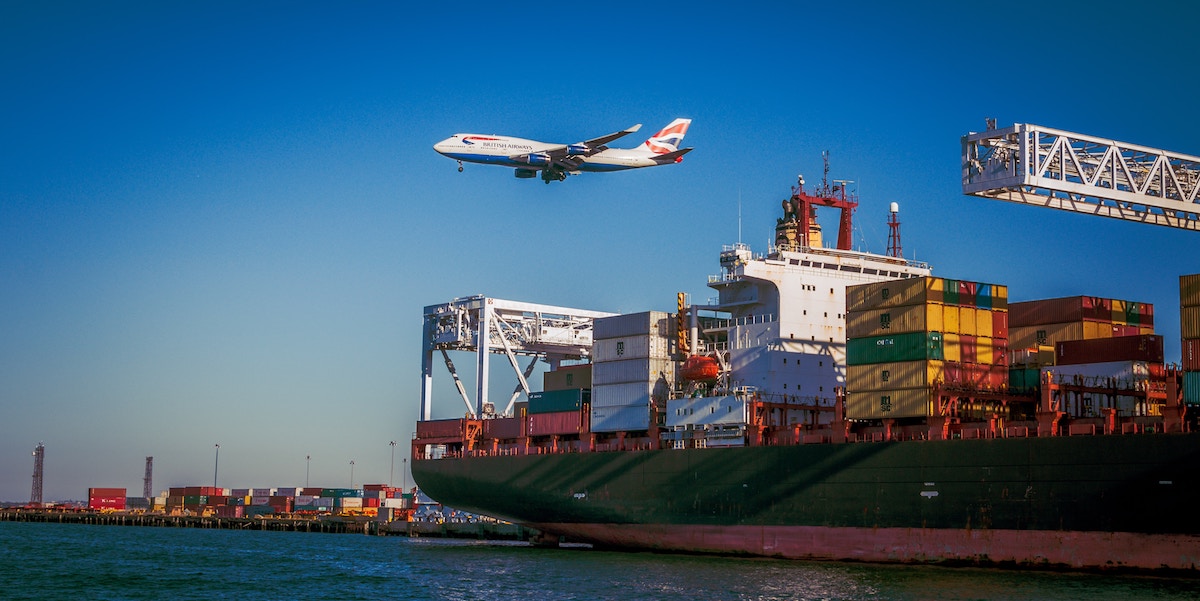 Even the release of the hotly anticipated James Bond movie, No Time to Die, has been delayed indefinitely due to fears of poor sales at the box office. The NBA too has just cut short its current season after a player tested positive for the novel coronavirus.

Few industries will be immune from the upcoming economic slowdown arising from the coronavirus pandemic.

Central banks can’t save us

In response to the worsening crisis, central banks have initiated monetary policy measures to ease the economic impacts of the outbreak. Most recently, the Federal Reserve slashed interest rates by 50 basis points – the most since the global financial crisis of 2008 – to cushion the US economy.

Governments have also rolled out fiscal stimulus packages to help small and medium-sized enterprises across countries to weather the storm. The Singapore government is giving a S$4 billion (US$2.9 billion) support package to businesses that have been severely hit by the outbreak. China is also providing US$60 billion in loans to help the most vulnerable firms stay afloat.

However, these measures won’t be enough to prop up the global economy. While lower borrowing costs and fiscal stimulus might be effective in increasing demand during normal conditions, both will have little sway when people fear for their safety. Such moves may mitigate the economic impact of the pandemic, but they are unlikely to prevent a major slowdown.

Ultimately, if it takes too long to bring the pandemic under control, governments will have to choose between letting it run its course (similar to a seasonal flu) in order to keep economic activity alive or enact strict quarantines aimed at safeguarding public health but can sink the economy.

The global economy is likely to get a lot worse before it gets better. Indeed, Sequoia Capital has dubbed the Covid-19 outbreak as the black swan event of 2020 that could put the brakes on the global economy for a long time.