Rohan Monga, the new CEO of Zenius, is aggressively pursuing growth after the Jakarta-based education technology startup secured US$20 million in fresh capital from investors including Northstar Group earlier this year.

For starters, Zenius is making its educational videos available to Indonesian students for free, as the 15-year old company tries to slug it out with the dominant player, Ruangguru.

The rivals are competing in a market of 45 million students, 3 million teachers, and 220,000 public and private schools. Zenius claims it has 11.8 million registered users compared with Ruangguru’s 15 million and London-based Quipper’s 6 million. The companies, however, didn’t reveal their monthly active users. The most recent results from the Programme for International Student Assessment, which measures reading, math, and science skills – shows that Indonesian students are among the lowest scorers globally.

“When we saw the report, we realized that there’s a lot of work to be done,” says Monga, who was previously chief operating officer at Gojek. “However, with the focus of the current administration on human capital development, we want to support that and make sure Indonesian education undergoes a major change.”

A report from impact investor Omidyar Network found that internet infrastructure and smartphone penetration in Indonesia have given edtech startups access to more users than ever before, including remote populations. The country’s consumer spending on mobile learning applications is forecast to reach US$7.7 billion in 2019, the third highest in the world behind China and India.

In December 2019, Zenius started to offer 80,000 videos on its platform for free to attract more students, explains company founder and ex-CEO Sabda PS.

Monga wants to optimize these elements. “We have to be self-critical; we have to keep improving,” says Monga. 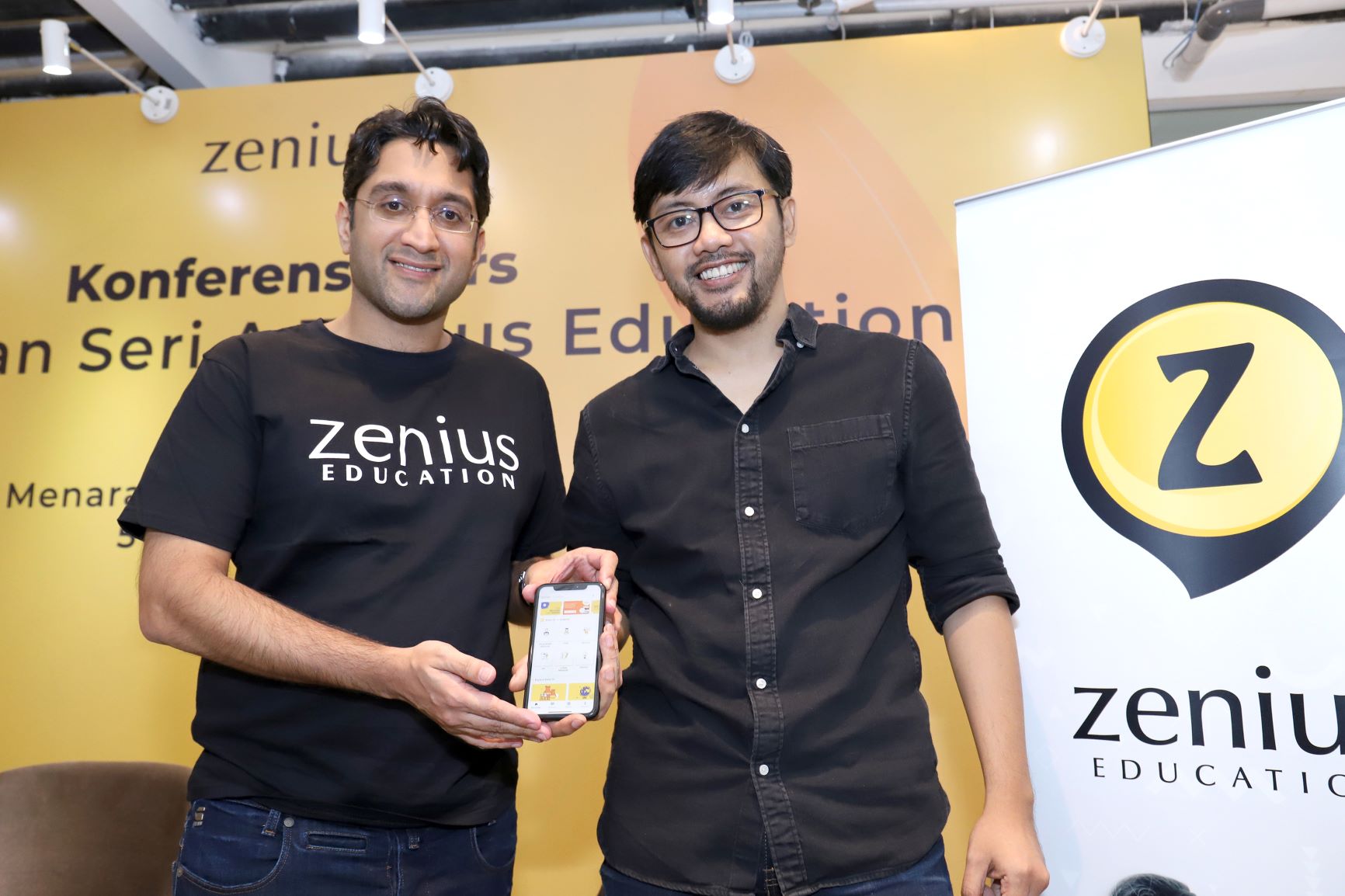 Ruangguru, which has more than 4,000 employees in its payroll, invested a lot in marketing campaigns and offline salespeople. It was fueled by a US$150 million series C round that it raised from General Atlantic and GGV Capital late last year.

With less funding, Zenius prefers a more measured approach to offline sales while continuing to do online marketing. “With a free platform, do we need [a lot of] salespeople?” Monga says.

Omidyar Network’s research said that Zenius primarily uses inbound marketing like social media, blogs, and newsletters, to attract users. The company has only 200 employees to date and prefers to aggressively hire people for its technology and content team.

Monga declined to comment on when Zenius will start to charge users again, saying that he is still “devising a strategy that can help the company build a sustainable business.”

With US$10,000, Sabda and several teachers set up Zenius in 2004 as an offline tutoring business.

Even then, Sabda already had the idea to record his tutoring sessions so he could teach more students outside Jakarta. However, internet usage was very limited at the time, so putting videos online wasn’t an option. Instead, he decided in 2007 to put the videos in a CD or DVD. Sales hit 1.3 billion rupiah (around US$82,000) in the first year, exceeding the company’s expectations.

Sabda had to tackle several challenges in the journey, and the biggest one was digital piracy. People copied Zenius’ videos and then sold them at a cheaper price. Monga, however, has a different take on the illegal practice – he sees it as a success metric.

“It is proof that those videos developed a cult following. Students fell in love with the product, so there must be something really powerful there,” the CEO explains.

Around 2011, when internet usage became mainstream, Zenius began putting its content on its website. The company has long been profitable, according to Sabda, but it couldn’t reach a level of scale that can push its growth. In 2019, Sabda tried to raise funds to expand the business and ended up with a meeting with Monga.

After 3.5 years of building Gojek, first as COO and then as international head, Monga needed a break. He left right before Gojek launched its operations in Thailand and Vietnam, which had been developed under his supervision.

“When you work in a startup that scales really fast, it feels like time has just gone,” he observes.

His Gojek experience shaped him, Monga says, increasing his passion for problem-solving, technology, and social impact. He was thinking about building his third startup when his wife introduced him to Sabda.

Monga contributed to Zenius’ seed round in May 2019 without any intention to become CEO. But somewhere along the way, he and Sabda realized that the company needed improvement in terms of execution speed and scale. Three months later, he replaced Sabda, who moved on to become chief education officer.

“I’m here to help craft the business strategy and execution, while Sabda will continue to make sure that the education side is strong and keeps evolving,” says Monga.

Joining Zenius may give Monga a sense of déjà vu. At Gojek, he had to go up against a rival with a bigger war chest in Grab. At Zenius, he also has to deal with similar conditions with heavily funded Ruangguru as a competitor.

Monga admits that Gojek’s and Zenius’ market is different. Gojek is more like a transactional platform, while at Zenius, the key is users’ engagement. However, the main strategy to run both businesses is still the same.

“It is less about money,” he says. “It is about making something that people love as authentically as possible.”

Currency converted from Indonesian rupiah to US dollar: US$1 = 15,770 rupiah