Honestbee founder’s biggest lie in a web of deceit

Brian Koo, a scion of the family that controls South Korean electronics giant LG, has been looking to make a name for himself.

In 2013, he was running Silicon Valley venture capital firm Formation 8, and he began eyeing opportunities in Asia. It was around that time that he met Joel Sng, and they hit it off.

Sng seemed like a kindred spirit and a perfect business partner for Koo. They shared a vision for what would become Honestbee, an on-demand concierge for groceries and food.

But more than that, Sng’s resume was out of this world, suggesting he had ingratiated himself with the business and political elite. After graduating from Harvard University in 2008, he supposedly made investments in the who’s who of the tech world: Razer, Xiaomi, Airbnb, Uber, and Facebook among others.

Sng claimed that he had seats on various boards and advisory panels at organizations linked to the Singapore government, including the Prime Minister’s Office.

How did Sng amass these credentials so quickly? He was good at charming potential partners and tapping into their motivations to get what he wants, multiple associates tell Tech in Asia.

While his early life remained fodder for gossip, Sng’s achievements centered around a preposterous claim: that he was the great-grandson of Chinese revolutionary leader Sun Yat-sen.

It turned out to be a lie sold well. “Yes, he told me,” says Brian Koo in an exclusive interview with Tech in Asia. He adds that Sng, whose surname is the Hokkien equivalent of “Sun,” didn’t want that claim published in the media “for some reason.”

“I thought it was a sensitivity issue,” Koo says. He could sympathize because, coming from a prominent family himself, he dislikes how the media highlights his background over his own story.

Sng maintained that false veneer over many years. He once attended a dinner where someone would talk up his supposed lineage on his behalf. “Sng would nod sagely” without confirming nor denying it, a person present at the gathering tells Tech in Asia.

Ming Shen Cheo, founder of Singapore startup Nuffnang, recalls a prominent industry figure introducing Sng, who went by “Joel Sun” some years ago, as someone who’s related to Sun Yat-sen.

“He approached Nuffnang as a tech investor of some repute,” he says, “I received that name card and was told stories about how he was a descendant of Sun Yat-sen who liked to remain low-key.” 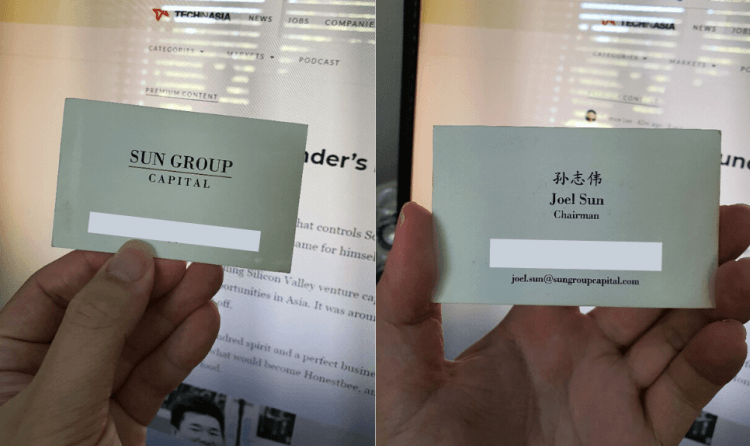 The lie formed a larger web of deceit that Sng had meticulously spun, recalling what fugitive Jho Low – the businessman behind the 1MDB scandal – did when he reportedly claimed to be from Malaysian nobility.

Perhaps to shore up his deception, Sng created Sun Group Capital, a “family-owned” holding company that was supposed to have tech and real estate assets in the US, China, and Southeast Asia, according to Forbes.

In reality, the company was only incorporated in 2011, had Sng as the sole director, and owned S$10 in paid-up capital, its public filings show.

The ruse worked. Sng became rich and famous, but he left a broad swath of destruction in his wake. By 2020, Honestbee was stuck with US$230 million in debt. Much of it was owed to Koo and various investors, with the remaining to small and vulnerable suppliers.

That sum, however, doesn’t cover money owed to people outside of Singapore, an Honestbee spokesperson told Tech in Asia. These people include employees as well as food sellers eking out a living at wet markets.

Meanwhile, thousands of workers – both full-time and contractual – devoted months if not years of their lives to the company, only to find out that it was set up to fail from the beginning.

How did Honestbee end up in that state? Sng, who was the CEO and a co-founder of Honestbee, was given free rein to run the business while Koo limited his role. “I was involved in building the thesis and mainly raising capital. I was not invited to any board meeting as I was not a director,” Koo recalls.

As the startup grew, so did Sng’s pack of lies. He bought a house in Japan, rented apartments in various cities, and then spent millions renovating and furnishing Honestbee – all using the company’s money.

While employees might have protested the spending as too extravagant for a startup, Sng’s facade of wealth quelled any doubt.

The team was “under the impression that the money was Joel’s,” an ex-staff tells Tech in Asia. 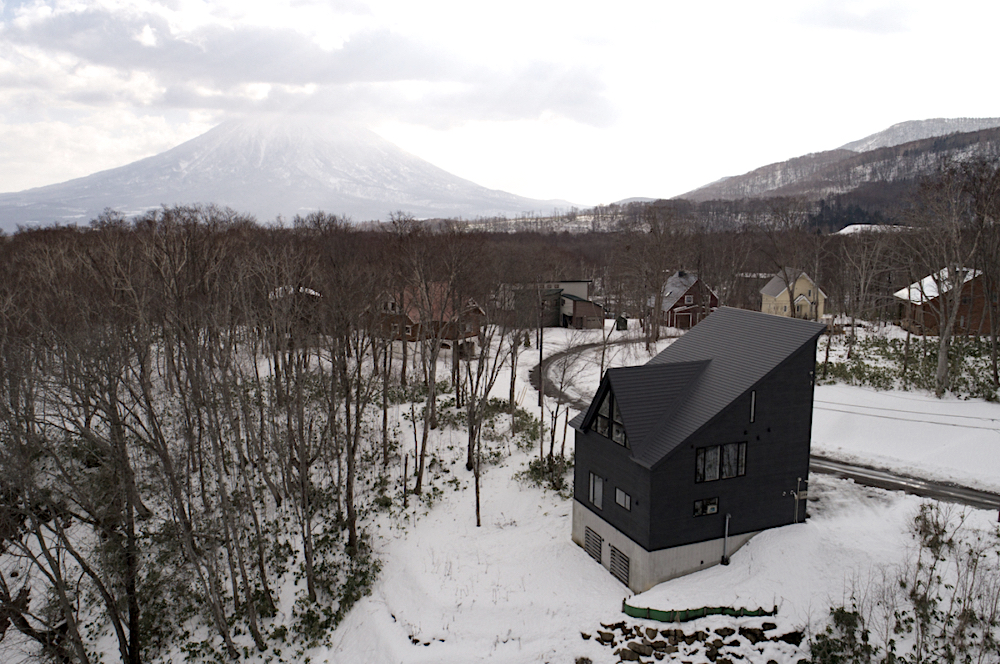 However, as the spotlight shone on Honestbee, Sng’s illusion began to unravel, starting with his claim of being Sun Yat-sen’s great-grandson.

While Sng wanted his bluff to be low-key, it soon got out of hand. Formation 8, the investment firm that he was a part of, was likely unaware of the lie and wanted to trumpet the information. After all, flaunting your connections is good for business.

Bloomberg published the lineage claim in 2015, and Tech in Asia echoed it. This caught the attention of the actual descendants, who demanded a correction from the media.

Sng had to do damage control. He asked Tech in Asia to remove any reference to Sun Yat-sen. “I think the genesis of this is some random blog which got picked up by Bloomberg” without fact-checking, he wrote in an email to us.

See: Honestbee: The inside story of what went wrong and what’s next

Koo got wind of this ploy as well. “I was shocked later when I heard the [denial] from the actual Sun Yat-sen family,” he explains, though he didn’t say when he found out about it.

Sng succeeded in sweeping it under the rug. Honestbee – and Sng’s profligate spending – chugged on as if nothing happened.

But over the years, the relationship between Sng and Koo began to fray.

In 2018, they had to deal with early investors who threatened legal action over alleged unfair treatment. Koo says it’s a spat that he’s still trying to resolve today, adding that the investors are rightly confused and concerned because of how Honestbee had communicated to them in the past.

He was starting to wonder about Honestbee’s strategy. Sng, for example, wanted to build its logistics business from scratch in many countries.

Koo thought it was a waste of resources. “The amount of capital needed was going up fast and that was a sign of trouble,” he says, adding that he preferred working with existing logistics players in each locality instead. Making things worse was how Koo jetted from meeting to meeting to persuade investors while Sng “simply would not raise any capital for the company.”

Koo even took on debt to keep his business interests going. “I did make some wrong decisions for my personal life and my family that I do regret,” he admits, saying that he did it all to help the companies he invested in.

It was a “tough time for me, for sure. I am dealing with it in the best way I can,” he shares.

Meanwhile, Sng was living it up. He spent hundreds of thousands in US dollars on “entertainment” expenses, business class flights, and five-star hotels even as his subordinates bootstrapped, according to former employees.

Sources tell Tech in Asia that Sng was rarely involved when Honestbee’s team pitched to investors to raise US$150 million.

“Such a massive round, and the founder didn’t want to make the trip down – it’s a sign of disrespect,” says an investor who declined to be named.

Koo demanded an explanation from Sng, who deflected by saying that he thought fundraising was not his responsibility. Koo disagreed.

“I told him that 90% – and sometimes 100% – of the CEO’s work is fundraising for the company. He would tell me that he could only raise a huge amount from big players, but we just need to get closer to the size or status they want,” he says. The rebuttal fell on deaf ears – Sng would ask for more money.

Later on, Koo realized that the updates that Sng had been giving him about the company was not in line with reality.

He found out that Honestbee’s culture had become “anti-entrepreneurship”: Employees couldn’t speak up against Sng, co-founders and key personnel were not given equity, and the CEO claimed credit for work that he had no part of.

But the biggest issue was that the numbers Sng gave him were different from the actual ones. 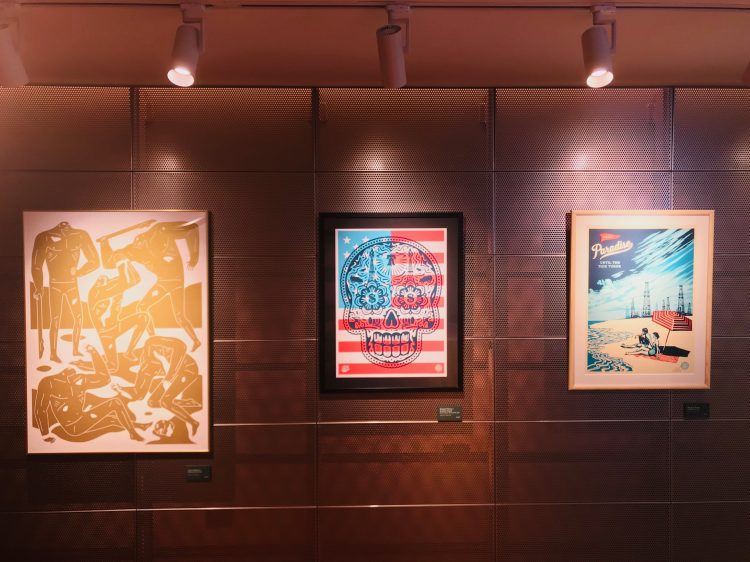 While Koo paints himself as a victim, he confesses that in hindsight, there were things he could have done differently. “I would’ve done more visits and meetings in person with the company’s customers and partners instead of getting more reports and updates.”

“I definitely learned the importance of having the right partner and entrepreneur,” he adds, “I would’ve spent more time on learning about the person before jumping into a business.”

In April 2019, Koo decided he’d had enough and fired Sng. After this was leaked to TechCrunch, Sng derided it as “fake news” and then packed his belongings.

Sng also tried and failed to get Koo to sign an agreement that would release him of any liability for his actions as the CEO and board member of Honestbee.

Catch me if you can

Today, Koo is trying to pick up the pieces on the business front. Recent events have caused “significant damage” to his personal life while serving as a “wake-up call,” he says. He also realized that focusing on a company’s valuation and funding at the expense of business fundamentals had been the wrong approach.

Meanwhile, Honestbee has initiated legal action against Sng for the millions in US dollars that he has allegedly siphoned and then tried to cover up.

But the move may hit a roadblock as one of Honestbee’s creditors, Benjamin Lim, has filed a court application to wind up the company. Lim had earlier settled with Sng after suing him to recover lost money. It’s unclear why Lim would want to liquidate Honestbee as he would only incur more legal fees from doing so.

All I want is justice.

Honestbee’s investigation into Sng may, however, weigh on the court’s decision to liquidate the firm.

As Lawrence Loh, director of National University of Singapore’s Centre for Governance, Institutions and Organisations, told The Straits Times: “There are potentially more claims and investigations to come, and if there is enough justification for so, the authorities could step in and conduct their investigations on the company and its directors as well.”

Koo declined to comment on his involvement in the legal action.

“All I want is justice,” he stresses, so the “people that did wrong things should face the proper outcome.”