As urban consumers, we tend to take it for granted that we’ll always have fruits and vegetables at our disposal in markets, groceries and other stores. But as governments across the world are implementing measures to curb the spread of Covid-19, the respiratory disease caused by the novel coronavirus, experts warn that we’re also running out of staples.

And yet even as food is becoming scarce, wastage is getting rife. With lockdowns forcing farm workers to stay home, tonnes of produce have been left to rot without ever reaching markets.

But what if those of us who live in the concrete jungles could grow our own food and eat them, too? Singaporean startup ComCrop has developed a hydroponic farming system that allows crops to be cultivated on top of buildings – plenty of sunshine, no soil required. This could be helpful in a land-scarce country that currently imports around 90% of its food supply and has plans to produce 30% of its own “nutritional needs” by 2030.

Using its tech on a commercial scale, ComCrop produces 50 kilograms of leafy greens every day to supply supermarkets in the city-state. Founder Peter Barber tells Tech in Asia that the company is looking to boost production capacity by 10 times. That would be enough to support the daily eating habits of over 11,000 Singapore inhabitants on average.

It was a wake-up call about the need for food security.

He says the decision to speed up ComCrop’s expansion came after Singaporeans went on a round of panic-buying in March, when Malaysia announced a nationwide lockdown. The neighboring country is one of Singapore’s top sources of food products, and many were worried that supplies would run out amid such restrictions.

“It was a wake-up call about the need for food security. The shelves were empty – you could literally see your face reflected in the veggie section,” shares Barber. “We’re trying to ramp up our production so when panic-buying happens again, it wouldn’t be such a big shock to Singapore’s food supply.”

While it’s aiming to produce more, ComCrop’s main objective is to stay price competitive. “A head of lettuce can’t cost S$30 (US$21). The same workforce we’re selling to is the same workforce that’s losing jobs right now. So, we can’t say, ‘Come buy our products,’ unless we are affordable,” he explains. Edible Garden City is another Singaporean firm that’s ramping up production to meet a higher demand for produce. Through its Citizen Farm service, the company delivers a variety of leafy vegetables, microgreens, mushrooms, herbs, and flowers, which are grown on its urban farm. “Over the past few weeks, we had a 20% increase in uptake for our weekly subscription vegetable box,” according to a spokesperson.

The social enterprise uses agritech to overcome space or climate limitations by turning underutilized areas in malls and neighborhoods into green community spaces. For example, it grows kale and specialty Japanese vegetables in indoor climate-controlled environments, stacking the planters to maximize space.

Adapting to the new normal

With farmers and agricultural workers keeping their distance from the fields because of movement limits or Covid-19 infection fears, the normal production capacities of farms and food processing factories have been reduced.

However, Talad, a Thailand-based startup that connects farmers and workers and serves as a marketplace for agriproducts, sees an opportunity in this crisis. Its co-founder Huynh Hien tells Tech in Asia that the firm is adjusting its operations as droves of people are going back to the countryside for a “quieter” life amid the nationwide lockdown. “We want to focus on recruiting and contracting these returning people for farm labor,” Huynh says. Talad enables farmers and laborers to directly negotiate for contractual or long-term work. Eliminating the need for a middleman also leads to mutual gain, as the commission saved is passed on to both parties.

“Many laborers and farmers can’t circulate… due to Covid-19. But with our app, both parties can find roles within their respective provinces. This way, farms can avoid shutting down due to the lack of manpower to support operations,” notes Huynh.

He adds that since November 2018, about 20,000 bookings have been made between farmers and workers on Talad, amounting to some US$900,000 in transactions.

In neighboring Myanmar, which exports rice to over 50 countries, more farmers are turning to digital solutions as well due to the pandemic. As such, startups will step up their efforts to cater growing demand, several founders tell Tech in Asia. 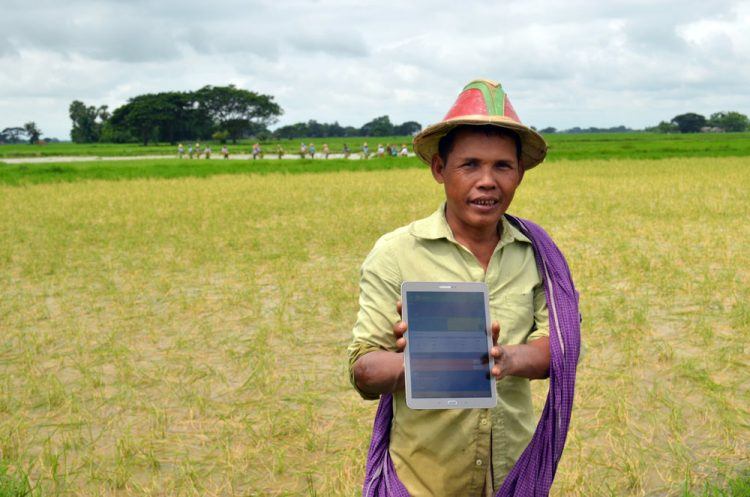 “Farmers’ access to productivity advice, agro-inputs, buyers, and financing is now even more restricted,” observes Erwin Sikma, founder of Impact Terra. The firm’s Golden Paddy app helps farmers expand market connections and gives easier access to financing. So far, the app has helped users sell their crops for up to 10% more on the market since the startup began operations in 2016.

While these smallholder farmers generate up to 80% of Asia’s produce, an estimated 400 million of them make up a significant portion of the world’s poor, living on less than US$2 a day on average. Generally, they own small plots of land on which they grow subsistence crops, relying almost exclusively on family labor.

And that’s exactly why startups have to step in to support them, and where investment needs to grow,” suggests Hemendra Mathur, co-founder of Delhi-based ThinkAg and a venture partner at Bharat Innovation Fund (BIF), a venture capital fund focused on deep technology. “Most agritech startups are severely constrained by a lack of capital.”

BIF has nearly 20 agritech businesses in its portfolio and gives out US$50,000 to US$200,000 in early-stage funding per startup. It’s raising another US$100 million “within the next few months” to get more startups in its incubator programs during the pandemic, which Mathur believes will call for more innovation in agritech.

ComCrop’s Barber says that Singapore’s agriculture challenges are similar to India’s. At its current size, the startup can only grow so much, and its main obstacle is the lack of support at the infrastructure level. 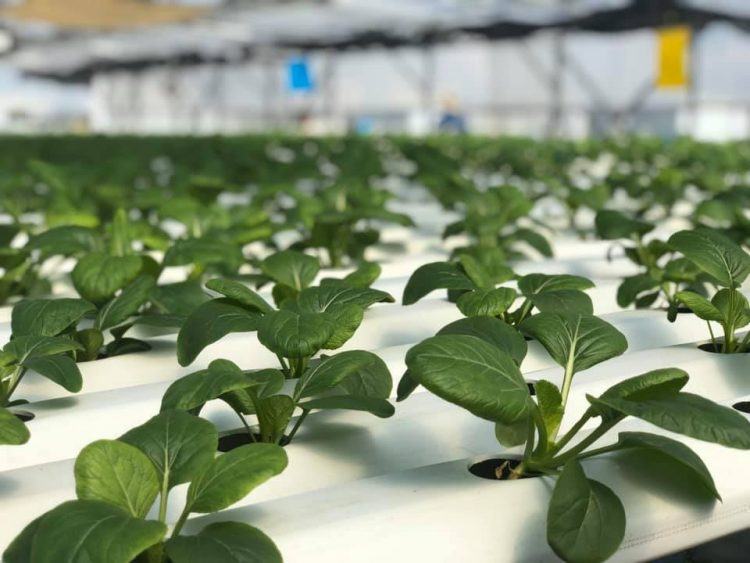 “We have big ambitions to set up our farms in every neighborhood in Singapore. But for that to happen, we need the community, the government, and landlords to all come together to make that a reality,” he stresses.

As Covid-19 has shown, there’s nothing like a global health crisis to highlight the weaknesses of existing systems and the value of preparedness. “Food production is like national defense and security: You don’t do it for bragging rights, only for the right to survive,” concludes Barber.