“Fixing higher education has been the highest priority for governments in Southeast Asia,” Saxena says. “The Singaporean government has taken a lot of steps to work in this direction.”

Founded in 2015, InterviewBit wants to use the US$20 million it raised in late January to do that. Led by Sequoia India and Tiger Global, the series A round helped value the five year-old company at about US$100 million, a person familiar with the company’s thinking tells Tech in Asia.

InterviewBit is a part of Surge 01, a rapid scale-up program for startups in India and Southeast Asia run by Sequoia India.

Venture capital firms have stepped up funding for India’s thriving education technology industry in recent months. Demand for online education in the country is expected to rise to about US$2 billion in 2021 from US$247 million in 2016, says a May 2017 report by KPMG and Google. That projection is for a country that produces about 1.5 million engineers a year, according to an official at the country’s education regulator. But out of the 170,000 engineering students sampled across more than 750 colleges across India, only 3.7% were found to be employable at startups, reported talent evaluator Aspiring Minds.

Other homegrown e-learning platforms are also joining the edtech funding boom. Last week, Vedantu raised US$24 million in a series C funding round led by GGV Capital, while Info Edge India invested about US$5.19 million in Sunrise Mentors, which operates programming-focused platform Coding Ninjas. Byju’s recent funding valued India’s only profitable unicorn at about US$8.2 billion. In January, Doubtnut raised US$15 million in series A funding led by Tencent.

InterviewBit works with over 600 firms, including US firms Amazon, Facebook, Google, and Uber as well as India-based companies Dunzo, Flipkart, and Myntra to hire engineers.

“Any company would have limited bandwidth to evaluate people,” says Saxena.

InterviewBit reviews applicants’ resumes and recommends potential hires to big technology companies. “We are planning to move to a very affordable hiring plan for the companies,” says Saxena.

The startup offers potential hires three payment options for its programming course: an upfront fee; a fee that promises to return candidates’ money if they don’t get a job in a year; and a commission equivalent to 12% to 15% of a successful candidate’s base pay for two years if they get a US$56,000 plus annual salary.

At their previous jobs, he and co-founder Anshuman Singh realized there was a mismatch between what recruiters seek and what candidates can offer. Saxena explains that the gap stems from the inability of legacy education to catch up with industry demands.

“We would interview about 80 to 100 people before making a job offer,” he shares. “We train candidates on what the industry requires. Even getting an interview at Google isn’t easily possible.”

Getting ready for the big leagues

The first cohort had 200 students. Six more such cohorts – one of them currently in the US – have a total of 2,000 students. Since the program was launched in April 2019, more than 200,000 have applied for the courses, according to the company. 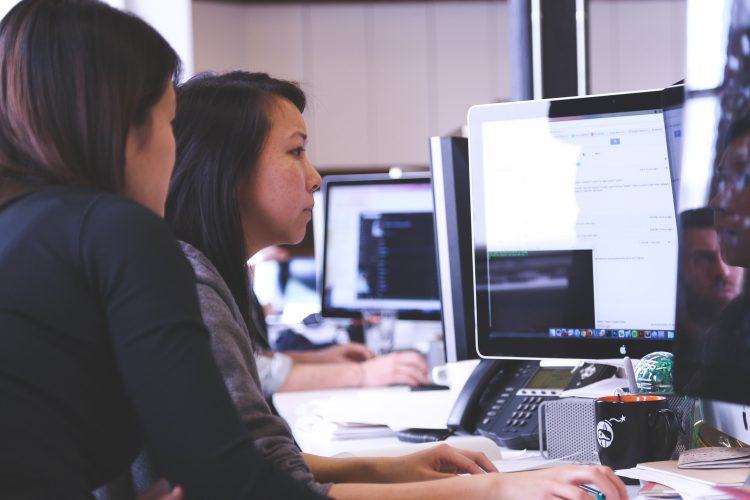 The draw for enrollees are teachers who work as engineers at Facebook and Google and offer insights into these major companies – knowledge that can help them get hired. Some have even landed jobs at Amazon and Google even though most of them come from India’s third-tier universities, Saxena says.

“Our aim is to produce 10,000 Google-level engineers in a year,” he adds. The expansion into Singapore and Southeast Asia including Vietnam will presumably help.

Separately, it offers mock interviews and online coding questions tailored to the requirements of big technology companies. It also offers mentorship from current employees at marquee Silicon Valley firms. Over 300 engineers at Amazon, Google, Facebook, Netflix, and Twitter have signed up as instructors, mentors and career coaches, says InterviewBit.

“There is a huge global scarcity of high-quality software talent, and we have experienced it firsthand across the portfolio,” said Singapore-based Shailendra Singh, managing director of Sequoia Capital India, in a press release issued by InterviewBit. “We were very fortunate to work closely with them to launch Scaler Academy during Surge 01 and are thrilled with the early results.”

Saxena notes that InterviewBit incorporates empathy in its recruitment process. Instead of rejecting candidates outright, the startup helps them figure out what skills they need to get hired at their target company.

“There is no right or wrong candidate,” he points out. InterviewBit’s software scrapes data from the web to glean recruitment patterns at global tech majors and checks which programming skills are in demand at these companies.

Based on this data, InterviewBit informs each applicant about what they need to learn, either at InterviewBit or elsewhere. “We would rather tell them what skills they master rather than say they can’t interview with a particular company,” says Saxena.

With over a million registered software developers and more that 300,000 monthly active users, InterviewBit says it’s profitable but declined to disclose specific numbers. Yet despite its success, the company still faces some challenges, such as lingering doubts about the legitimacy of online education.

Changing mindsets about whether “university-level education is possible online” is needed,” he says.