Is RBF an alternative to traditional loans and venture capital?

The era of “move fast and break things” looks to be over. Once conducive to unicorns and venture capitalists with a kingmaker bent, this high-growth and high-risk mentality is losing appeal among business owners amid decreasing stock prices and the economic fallout from the Covid-19 pandemic.

Some entrepreneurs like Treman Singh Ahluwalia prefer to take a slower but steadier path to growth. He owns Sugar Watchers, an Indian company that produces low-GI (glycemic index) variations of food staples such as rice and sells them online.

Ahluwalia is aiming to raise money from investors once his company reaches the right valuation. Until then, he’s relying on revenue-based financing (RBF), an alternative type of loan that’s paid back with a percentage of the borrower’s gross revenue, to help the business grow. The RBF provider may require borrowers to pay a flat fee, which is equivalent to a percentage of the loan amount. For example, a business might take a US$10,000 advance that incurs a flat fee of 10%. It will have to pay back a total of US$11,000.

If the startup achieves a revenue of US$20,000 in the first month, it pays US$2,000, leaving a balance of US$9,000. The company will continue to pay out a percentage of its revenue until the loan is fully paid.

Unlike in the West, RBF isn’t a popular method of raising capital in Asia, according to Jeffrey Liu, co-founder and CEO of Jenfi, a Singapore-based provider of such financing. But He believes that might change in the aftermath of Covid-19.

“RBF ties repayment to a share of revenue, which means businesses end up repaying less during challenging situations, such as the current Covid-19 pandemic,” he explains. “We are seeing increased demand for our product given the pullback from traditional lenders and the pent-up demand for SMEs.” Jenfi offers a debit card to its clients that can be used for expenses paid with the loan / Photo credit: Jenfi

India-based fintech firm GetVantage is also seeing soaring demand for such financing, company founder and CEO Bhavik Vasa says. In the past two months, as Covid-19 pushed businesses to boost their digital presence, the firm, which provides RBF loans for startups spending on digital marketing, cloud hosting, and digital infrastructure, has seen a 70% uptick in applications.

Ahluwalia also believes RBF will soon gain traction as it’s attractive to business owners who seek cash without getting equity investors involved. Sugar Watchers currently obtains funds through GetVantage, which claims to be the first in India to offer this form of lending.

To apply for RBF, businesses need to show positive operating margins, enabling loan providers to evaluate borrowers based on future potential earnings rather than operating history. Companies don’t need to provide collateral or sit through months of investor due diligence.

RBF providers with fintech platforms process applications and disburse funds quickly. Flywheel Financing, a Singapore-based startup founded in 2019, can do it within 72 hours.

Lenders like GetVantage take between 4% and 12% of gross revenue, depending on the loan amount and tenure. “If you’re doing good business and operating margin is positive, you shouldn’t have to take a long tenure loan,” says Vasa. For that reason, they only accept a maximum funding tenure of one year.

Vasa declined to share GetVantage’s flat fee but said that the company provides loan amounts of US$10,000 to US$100,000, which can typically be paid back over six to 10 months. Jenfi’s flat-fee ranges from 5% to 25%, depending on the size of the overall advance. It takes revenue percentage of as low as 1% up to as high as 30%, and tenures may last from three to 12 months, with existing borrowers’ tenure averaging five months. “In general, higher-margin businesses such as software companies are able to support higher revenue share,” says Liu.

Flywheel, meanwhile, takes a fixed fee of 6% to 12% to be paid over six months, according to its website. It provides financing equivalent of up to twice the borrower’s monthly recurring revenue.

Due to the nature of the loans, RBF firms lend only to revenue-generating companies. That means many seed-stage startups can’t apply because they don’t qualify.

Tracking how the loan is spent

GetVantage, for example, requires that businesses hit at least US$10,000 to US$15,000 worth of digital spending per month.

In addition, GetVantage and Jenfi limit the purpose of the loans. GetVantage funds digital expenses that are related to business growth such as online advertising or purchasing additional server space.

Vasa points out that narrowing the purpose of the funds to digital spending helps investors minimize the risk of non-payment. They know that their funds will be used for activities that directly drive growth, such as advertising.

The ability to view the borrower’s digital spends also helps them manage risk and identify a business’ potential for future funding. To track these, fintech RBF firms use an application programming interface (API) to link their platform with their clients’ accounts. For instance, they would be granted viewing rights to the company’s accounting software, as well as Facebook and Google ad platforms, or Amazon Web Services (AWS) accounts.

Similarly, Jenfi, which joined YCombinator’s accelerator program early this year, offers funds specifically for digital marketing expenditures and taps “digitally-enabled businesses.” These may be online like ecommerce players, or offline, such as retailers and service providers.

Flywheel, on the other hand, focuses on online businesses but allows them to use the funds for other purposes such as payroll, inventory purchasing, and hiring.

GetVantage also welcomes investors who want to lend to small and medium-sized enterprises through its platform. “We are creating a new asset class: funding as revenue-based financing,” he says. This allows investors to diversify their investment strategy.

Compared to equity funding, these investors benefit from smaller but more frequent returns. Investors can get their money back – and then some – within shorter periods compared to equity investing, which typically takes several years to see returns, depending on when the startup goes public.

“Our model is more about the higher rotation of capital, not about the percentage of return,” says GetVantage’s Vasa.

This doesn’t apply to all RBF providers, though, especially those that don’t operate as platform-based, fintech-first firms.

Short-term loans aren’t the only type of RBF available. For instance, Flexible Capital Fund gives out loans that typically have a maturity date of five to seven years. Since it began operations in 2011, Flex Fund has provided a total of US$5 million in funding to 16 companies, according to CEO Janice St. Onge.

“Once they meet the multiple (e.g. ,2X our money), the investment is considered paid in full. If they pay off early, it positively impacts our internal rate of return. If they don’t pay off by maturity date, the lump sum remaining on the multiple is due,” she explains.

Ahluwalia of Sugar Watchers believes that RBF is suitable for business owners who have conservative goals in the near term and who don’t want to give away any equity or open up board seats to more investors.

Sugar Watchers spends around US$4,000 to US$5,000 a month on Amazon and BigBasket, an online grocery in India. It’s taking out a 12-month loan from GetVantage.

St. Onge says that RBF is a “fairer” option for both investors and businesses. “With RBF, investors can fund a wider variety of companies that don’t need to scale and have unbridled growth to get a fair return.”

While these factors may be attractive to some business owners, they could discourage others. RBF can be expensive, especially when you’re paying out as much as 12% to 30% of your monthly gross revenue. 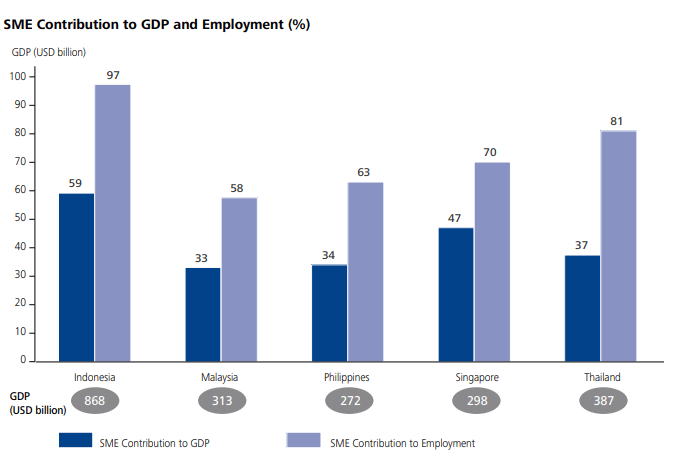 However, Vasa believes that GetVantage’s data-driven business model also benefits founders. The company’s platform analyzes the borrower’s digital spending upon application, eliminating biases based on connections and perceptions of founders. For business owners who don’t have friends in high places, that’s certainly a plus factor.

Vasa thinks data-driven funding is on the rise, along with purpose-specific financing. The Covid-19 crisis will only accelerate this trend as investors look for more conservative investments and businesses to avoid having debts on their books for a long time.

GetVantage aims to fund more than 200 startups and digital businesses in India over the next two to three years, according to Vasa. It’s also eyeing Southeast Asia for future expansion, making the company a potential competitor for Jenfi and FlyWheel.

SMEs account for between 89% and 99% of total enterprises in the ASEAN, so GetVantage’s plan makes sense.

In five ASEAN countries – Indonesia, Malaysia, the Philippines, Singapore, and Thailand – less than 60% of SMEs have access to bank loans and around 50% are unserved or underserved by financial institutions, according to professional services firm Deloitte.

Jenfi aims to capture 7.5 million SMEs in Southeast Asia over the next five to 10 years, with a focus on digitally enabled businesses. It has disbursed over S$1.4 million to date, with a cumulative monthly growth rate of 83% over the past four months.

RBF will become a fixture in the industry in Asia, contends Jenfi’s Liu. “This is essentially a new asset class that will become a permanent option for businesses to consider when thinking about how to grow their business without diluting their equity,” he says.