Smove endured layoffs and a stalled Uber partnership, but not Covid-19

Every startup has earned its fair share of battle scars, and Singapore-based Smove Systems is no exception. Since it was established in 2011, the car-sharing startup had recovered from failed expansion plans and a round of retrenchments, survived a halted partnership with Uber, and even teetered on the brink of bankruptcy several times.

Things finally looked up for Smove in 2020. The firm had gotten rid of expensive long-term lease cars that numbered in the hundreds and was eyeing a path to profitability. 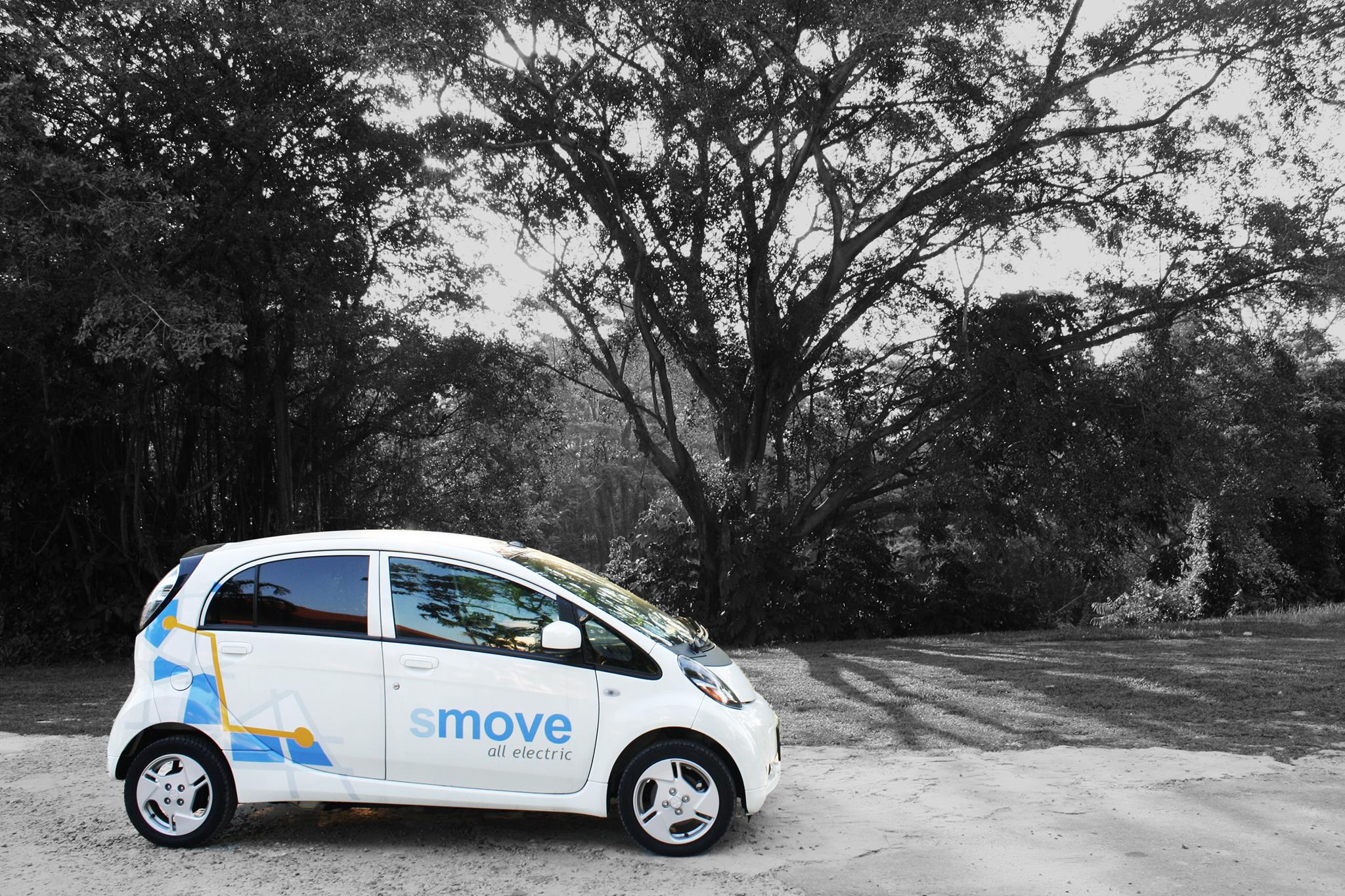 But then Covid-19 struck, causing the company’s April revenues to drop by 85% compared to January. When the Singapore government decreed that nonessential businesses had to cease operations during the country’s circuit breaker period, co-founder Tom Lokenvitz decided it was the end of the road for Smove Singapore, the startup’s operations arm.

“We were already a sick patient when the pandemic started,” Lokenvitz tells Tech in Asia in an exclusive interview. “Since our revenue went to zero almost right away, we had no chance to continue operations and we were not able to meet our debt obligations. That’s why we needed to look into liquidation.”

He also clarified that contrary to erroneous media reports, parent firm Smove Systems will stay in business “for now.”

Operating off its fleet of leased cars, Smove offered customers a “free-floating service,” which means they can pick up a vehicle from the nearest location, drive to their destination, and drop off the vehicle at any of its designated drop-off points. At its peak, Smove had over 470 vehicles in its fleet, which were accessible at over 130 places around Singapore. 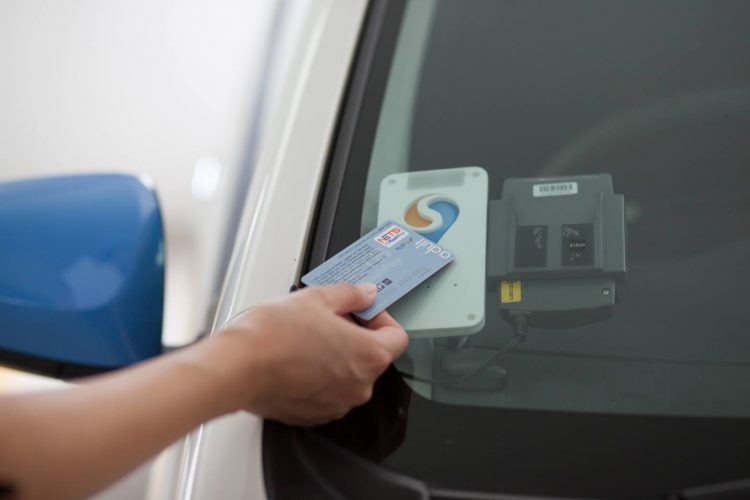 It quickly gained popularity for its ease of use. Drivers only needed to tap a prepaid travel card called EZ-Link on a device attached to the cars to gain access. All Smove vehicles had a push-to-start button, so no keys were required, and they could be accessed 24/7 through its mobile app without the need to make a deposit.

“You skipped signing papers, going to an office, or other troublesome things that you have to do with traditional rental car companies,” says Lokenvitz.

And users could take the car for short drives, paying just S$1.25 (less than US$1) per 15-minute block, with mileage charges starting from S$0.21 (US$0.15) per kilometer, subject to petrol prices. For longer durations, prices start at S$50 (US$35) for a minimum booking of three hours, depending on the car category and usage type.

But the burden that dragged the car-sharing startup to its demise was the “unavoidable” monthly fees for long-term car leases that it signed in 2015. These vehicles cost S$1,800 (US$1,298) per month to rent, as those prices then were pegged to higher Certificate of Entitlement (COE) prices in 2015.

The decision to continue paying the long-term leases was “unsustainable” as the “unit economics did not make sense,” according to ex-Smove employees who spoke to Tech in Asia on condition of anonymity. As one of them points out, “If there are fixed monthly recurring costs in the form of leases for your car fleet on top of personnel costs, the impact of low to zero revenue is even larger for your cash position.”

So why did Smove sign off on such pricey long-term leases? Lokenvitz says that it was the most cost-effective solution at the time.

“When we were starting out with zero experience in the industry, we figured that if we do it more capital light by renting cars, we would only be concerned about monthly leasing costs, rather dealing with potentially hefty upfront payment requirements from buying our own cars,” he explains. “If we wanted to get a fleet of 500 cars and they cost S$100,000 (US$71,840) each including COE, the total amount of some S$50 million (US$35.9 million) in spare cash was something we didn’t have access to.” 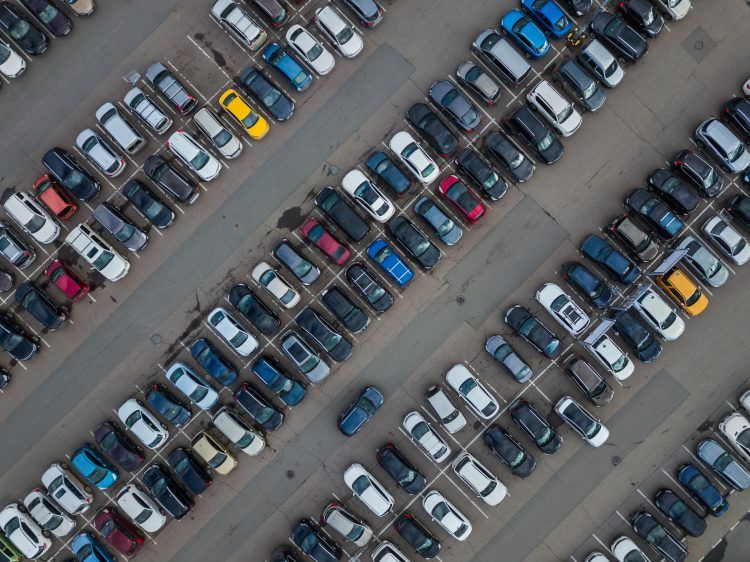 “Our mistake was not being able to get out of these long-lease contracts earlier,” adds Lokenvitz. Attempts to negotiate for lower rates or exit the arrangement early were unsuccessful, as the leasing company threatened to sue for the remaining contract value.

Looking back on the startup’s beginnings, when the team pivoted from electric vehicles to petrol cars, Lokenvitz says that if “they knew what they knew now,” they would’ve negotiated the termination clauses with the fleet provider differently.

The long leases also put a damper on Smove’s price points, forcing the company to operate at an “immediate loss,”especially when the car rental market collapsed after regulatory changes and Grab’s purchase of Uber’s Southeast Asia business in March 2018.As such, Smove couldn’t raise prices to increase margins because it had to stay competitive.

Putting matters into perspective, Lokenvitz says that “majority” of the business was centered around hourly rentals, and the average car yielded revenues of S$2,600 to S$3,100 (US$1,860 to US$2,227) a month. Smove’s operating margins peaked at 10% to 15%, but they would fluctuate due to seasonal booking patterns, such as during public holidays, or more consumer rentals during school breaks.

Smove’s problem with profitability arose when its long-term leasing contracts for its fleet were no longer cost-efficient and sustainable, according to Lokenvitz.

These widening losses led Smove to hit the brakes on its expansion plans for Australia, where it had set up shop in March 2019.The team thought it was imperative to refocus its energies on extending the runaway of its Singapore unit and steer it back  to profitability.

In October 2019, the senior management decided to axe its entire headcount in Sydney as well as its marketing department in Singapore. 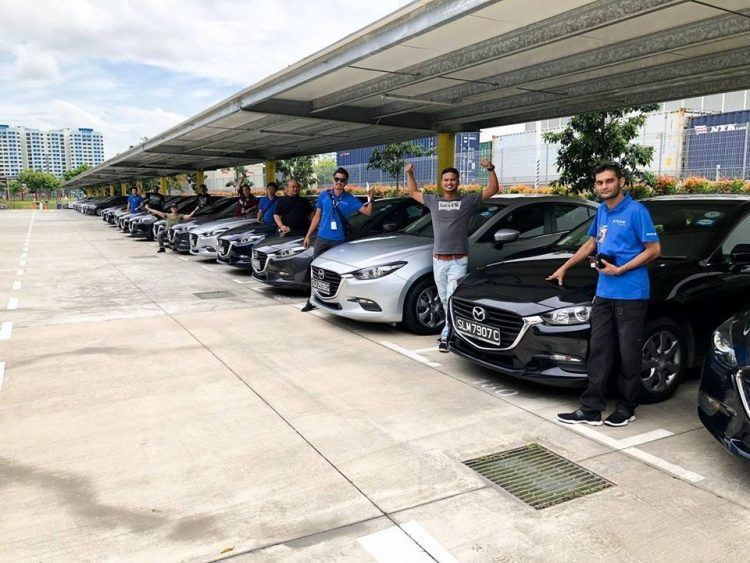 “It was pretty ugly, how they handled things,” says a former Smove Singapore employee.  “We were called into a meeting room before lunch and told we were getting retrenched. [We were] told to leave immediately.”

The source adds, “There was very little transparency about this as they told everyone that layoffs would be done fairly. But there was zero protocol in place.” Staff morale also took a hit after the job cuts, leading to resignations.

The sudden retrenchment “hurt” a lot of people, as Smove had built a working environment where “people genuinely cared for each other,” according to an ex-employee who “loved” the company and stayed on until May 2020.

While Lokenvitz laments how painful the process was and admits that they could have done some things differently,  the layoffs were necessary. ”We had to make a decision,” he says. 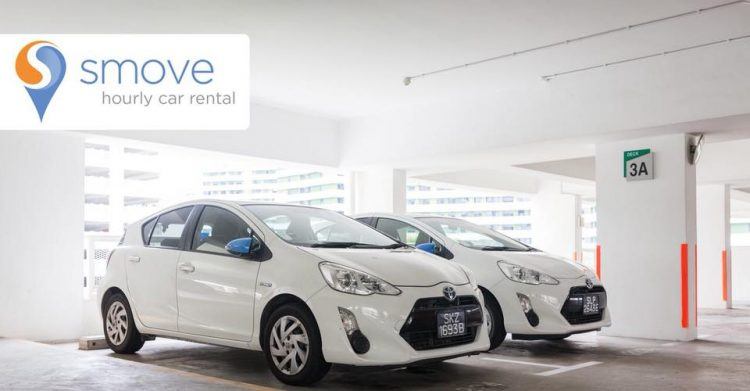 After the cost-cutting measures, a solution was in sight earlier this year. Smove was on the cusp of linking up with a new provider that charged around S$1,200 (US$862) monthly to lease a car, saving the startup up to S$600 (US$431) per vehicle.

Smove was confident enough about its prospects to quash media reports that it was shutting down in February, saying instead that it was in fact expanding its fleet.

Lokenvitz reveals to Tech in Asia that it was looking to accelerate its partnership with the provider to add some 600 cars by mid-2020. “After phasing out the previous cars under expensive contracts, we were actually back on track towards profitability,” he adds. Smove Systems was also working towards another fundraise mid-2020, when it would have reached “overall profitability.”

Lokenvitz says that Smove never quite recovered from one setback: the abrupt suspension of its partnership with Uber in 2018, which happened after the San Francisco-based ride-hailer’s deal with Grab.

After inking an agreement in late 2015, Uber drivers were renting Smove’s leased cars on an hourly basis, broadening the use case for the Singaporean startup.

By early 2016, Smove began scaling up with Uber, with its fleet going from 30 cars to 350 in less than six months, and its workforce increasing threefold. 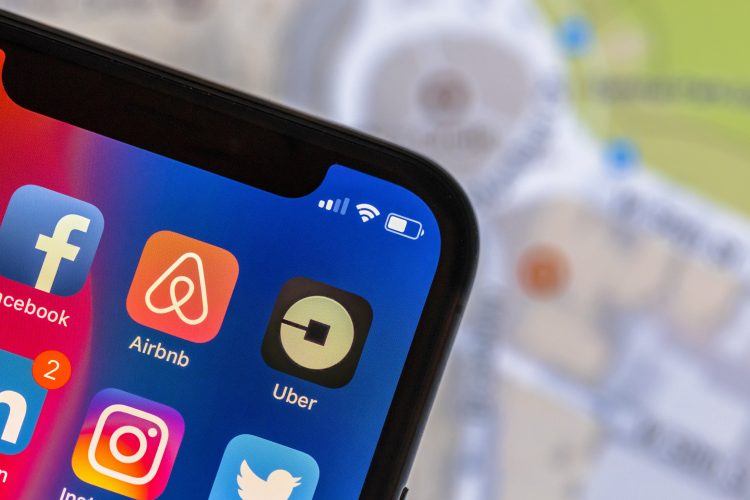 Teaming up with Uber was a high point for Smove, recalls Lokenvitz, as operating margins finally turned positive to 10% to 15%, despite the fact that it still had to grapple with the costly car leases.

It even led to Smove’s first trial outside Singapore – in early 2017, it joined the ride-hailing rental market in Manila. Lokenvitz says the project was initially “promising,” but Smove had to pull out of the Philippines as Uber lost its license to operate in the capital in 2018. The two companies rolled out a function in Uber’s app designed to let users book Smove vehicles for consumer use. However, two weeks before the launch, the Grab-Uber merger happened. The move plunged Smove’s operating margins from May onwards deeply into the negative, as the car-sharing firm had lost its biggest partner.

“You have to keep in mind all the funds that were poured into our tech and product teams. All of Smove’s expansion plans and potential for further market entries just disappeared overnight,” shares Lokenvitz.

According to Smove, Uber had ambitions to boost its car-sharing capabilities – it was eyeing a similar product for the US and other core markets. But Grab had a different set of goals then, and car-sharing wasn’t part of it. Instead, the Southeast Asian unicorn was focused on expanding into super-app functions such as e-payments.

Grab did push Smove as a rental option for its drivers, though its rates weren’t as competitive as renting directly from Grab. Breaking down Smove’s usage statistics, Grab drivers took up 10% of its bookings over the last year, with consumer rentals still accounting for the bulk of trips and bookings at 90%.

Looking back on its partnership with Uber, Lokenvitz says he doesn’t regret it because any venture-back company would have been hard-pressed to pass up on a growth opportunity.  It also offered Smove a chance to showcase its capabilities “at a larger scale with a big tech player in the transportation industry.”

While Smove Singapore is undergoing liquidation, Lokenvitz aims to  sell  intellectual property developed by Smove Systems “to get some value for [its] shareholders, creditors and employees” before shutting down the business completely.

Tech in Asia reached out to Rebright Partners, 500 Startups, and Wavemaker Pacific, which participated in Smove’s US$1.1 million funding round in 2014. But the investors declined to comment, citing the sensitive nature of the liquidation process and the sale of Smove System’s intellectual property rights.

After nine years in the driver’s seat of a startup, Lokenvitz will take a few weeks off to “rest and reflect.” His personal life has also taken some twists and turns: He has tied the knot and is raising two daughters aged 3 and 5, but he had also lost his mother while Smove was restructuring and fundraising in 2018.

“I want to take time to properly reflect on the experience, but I would also like to pass the knowledge and experience on and put my entrepreneurial energy to good use,” he says. “As for what form in which that will take place – we’ll see after some time.”