When Jay-Z rhymed about having an Empire State of Mind, perhaps he wasn’t just making a paean to his home city of New York.

The music mogul also has an “empire” state of mind when it comes to business.

Over the years, Roc Nation – the company he launched in 2008 – has mushroomed from being a record label and talent management agency into verticals like video and event production, marketing, philanthropy, clothing and apparel, and even cognac and champagne. It employs over 250 people, and its digital team oversees accounts with over 1.5 billion followers between them.

That diversity gave Roc Nation the perfect foundation to launch Arrive, a startup consulting and funding business, in March 2017.

“That infrastructure can add value to many different types of early-stage businesses, across a wide range of industries, which is why we created Arrive,” explains co-founder and president Neil Sirni.

“We’re leveraging our broader platform to help portfolio companies and in turn, [we] get access to great entrepreneurs. We don’t view Arrive as a departure but as a natural extension for our broader business.”

Arrive works with fewer than five partners, Sirni says, declining to disclose their identities. He’s similarly tight-lipped when it comes to the amount of capital the firm has secured.

“I will say that we’ve invested in 22 companies across two separate Arrive-related entities, the most recent of which has about 50% of it’s capital left to deploy, and [we] are already in preliminary discussions for a third vehicle,” he shares.

Filings with the US Securities and Exchange Commission indicate that one such entity, Arrive Opportunities Fund I, was set up in November 2018 after raising half of its US$40 million target.

Arrive always co-invests with partners and doesn’t lead rounds. Of the 22 rounds it has been involved in to date, it has teamed up with 15 different lead investors. It has disclosed 15 of its investments so far.

Arrive is funding-stage agnostic, having participated in seed funding and series D rounds and pretty much everything in between, though it has typically focused on startups at series A and B.

The diversity of the companies it has backed shows that the firm is also sector-agnostic. In line with the theme of drawing on Roc Nation’s wider palette of expertise, Arrive gravitates towards businesses that can benefit from the “meaningful assistance” it can provide.

“All of the companies that we invest in have large addressable markets, have shown a certain level of traction and, in our opinion, are led by top-tier operators,” Sirni adds.

Working for [Roc Nation] is fulfilling – they have high expectations, are supportive, and engaged.

He thinks Arrive should pursue a long-term investment strategy as it collaborates and competes against more traditional venture capital firms. “If we remain hyper-focused on adding as much value as possible to our portfolio companies, we have the opportunity to build an enduring brand as a top-tier strategic investor.”

Sirni contends: “We don’t pretend to be a magic bullet – no investor can be – and are constantly trying to improve and refine the services that we provide. We’re accessible 24 hours a day to roll up our sleeves and grind alongside our portfolio companies. We are not, and will not, be tourists in the venture ecosystem.”

An eye on Southeast Asia

Having backed a bunch of startups in North America, Arrive has been quietly turning its attention to Southeast Asia in recent months.

In December, Tech in Asia exclusively reported that the firm had invested in Zilingo, the Singapore-based fashion ecommerce platform, as well as personalized skincare brand Yours and micro-mobility startup Beam – both also based in the city-state.

Earlier this month, Tech in Asia revealed Arrive’s investment in Indonesian retail agent network Super. This was its second foray into the archipelago, following its participation in grab-and-go coffee brand Kopi Kenangan’s star-studded series A round in December, where the Jay-Z linked fund was joined by tennis ace Serena Williams and basketball’s Caris LeVert.

“Geographically, we’re focused about 70% in North America, primarily the US, and 30% Southeast Asia – namely, Singapore, Indonesia, and Vietnam – for now,” Sirni says.

Arrive’s interest in Southeast Asia was piqued by positive macroeconomic indicators, including “demographics, widening penetration of internet connectivity and online engagement, [and] the growth rate of the internet economy,” he says.

Sirni flew out for a series of discovery meetings with companies and other funds operating in the region.

“It was on that trip that we had the ‘aha’ moment and realized that the region had to become an immediate and major focus for us,” he continues. “In addition to the positive macro signals, we found the startup culture to be highly collaborative, transparent, and grounded, providing an abundance of high-quality entrepreneurs and companies.”

Arrive decided to pull the trigger on its Southeast Asia strategy as quickly as possible, Sirni says. “It’s only a matter of time before an influx of global venture funds open offices and deploy significantly more capital in the region. Building personal trust and developing a regional body of work is important and it will help us stay ahead of that curve.”

When Jay-Z is your boss

Having an experienced startup investor in the top seat helps Sirni and his team in their mission to build a serious, long-term VC player.

Jay-Z was no stranger to venture investing. Before launching Arrive three years ago, he was among the earliest backers of Uber in 2012. His stake in the US ride-hailer was estimated by Forbes to be worth US$70 million as of June last year. He also invested in beauty retailer Julep, travel and lifestyle brand Away, and JetSmarter (now XOJet), which sells seats on private jets.

The foundation that they’ve built makes our job as venture investors a lot easier.

“The foundation that they’ve built brick by brick makes our job as venture investors a lot easier because their experience, combined with the overall capabilities of the firm, resonates with founders,” Sirni says. “Working for and with them is fulfilling – they have high expectations, are supportive, and engaged in what we’re building at Arrive.”

Without elaborating further, Sirni says that other investments in Southeast Asia are “in process.”

Arrive aims to back 10 startups in the region by the end of 2020. It has picked five so far, with Sirni discussing the firm’s involvement in Super when Tech in Asia reported about it. For the others in its other Southeast Asian portfolio companies, here are some insights:

Beam was launched in 2018 with the aim of bringing the shared e-scooters that had already hit the streets in North America to Southeast Asia. Arrive joined its US$6.4 million seed round in October of that year.

The startup hit an obstacle in late 2019 when the Singapore government effectively banned e-scooters from public footpaths, adding to a pre-existing prohibition from driving them on roads. But it continues to operate in Malaysia, South Korea, and Taiwan, and has recently expanded to Australia and New Zealand. 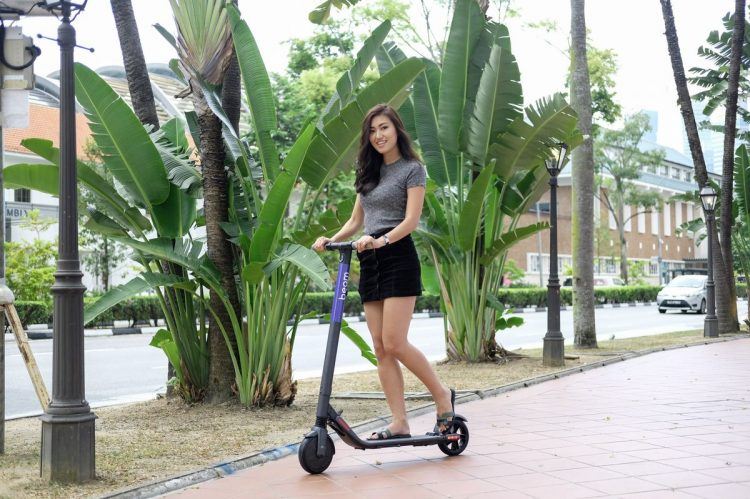 Asia Pacific can be a tough market for micro-mobility firms to crack because of the region’s diverse infrastructure and customer requirements, as well as a fragmented and localized regulatory environment. But Sirni believes that these problems also present a massive opportunity for companies that can solve, adapt, and innovate in the face of these challenges.

Successful players in the region will unlock huge populations of potential customers and create viable additional transport options for dense and congested cities. As such, Beam can “create a significant moat against future entrants in the region thanks to these intricacies,” Sirni says.

“They’re executing, expanding quickly, and doing it all with best-in-class unit economics. [Beam CEO] Alan Jiang and the entire team are relentless operators.”

Until recently, consumers in Indonesia have typically had two main options for on-the-go coffee: inexpensive local brew that sells for US$0.03 to US$1 per cup, or brands like Starbucks that cost anywhere from US$4 to US$5 per cup.

Arrive sees an opportunity to serve customers who want a premium drink and great value for their money. “Kopi Kenangan filled that void by selling high-quality coffee with locally sourced ingredients for an average of US$1.50 a cup,” Sirni says. 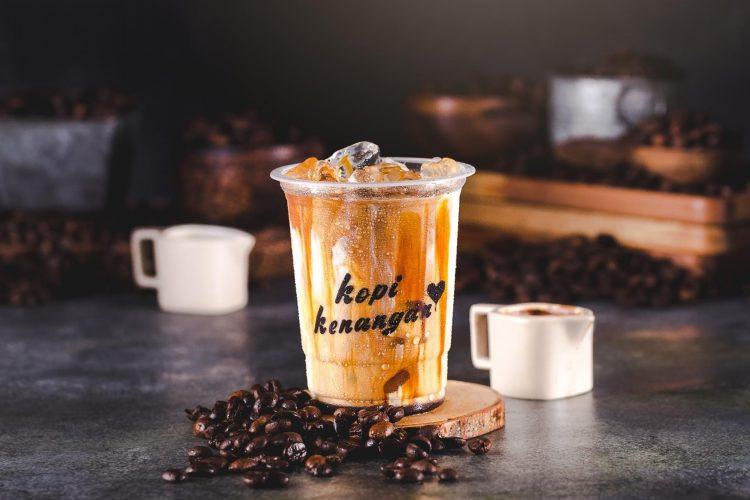 What initially caught Arrive’s attention was the Indonesian beverage startup’s similarities with an earlier US investment: fast-casual salad chain Sweetgreen.

“I reached out to [Kopi Kenangan] co-founder and CEO Edward Tirtanata and, over about a six-month period, we developed a strong, productive, and communicative relationship,” he adds.

Kopi Kenangan stays affordable by focusing on tech-enabled ‘grab and go’ locations, deploying authentic and cost-efficient marketing strategies to a loyal customer base, and using data to improve core functions like demand and inventory management.

“This has resulted in one of the fastest-growing consumer businesses that we’ve ever seen,” Sirni says. “In a little over a year, they’ve expanded to over 230 stores and sold over 3 million beverages a month, all while staying very efficient from both a capital and operations perspective.”

The global skincare industry is expected to hit US$135 billion in value by next year, according to market research firm Lucintel. What the sector is missing, according to Sirni, is personalization – and that’s what led him to Yours, a company co-founded by former Grab and Uber execs. 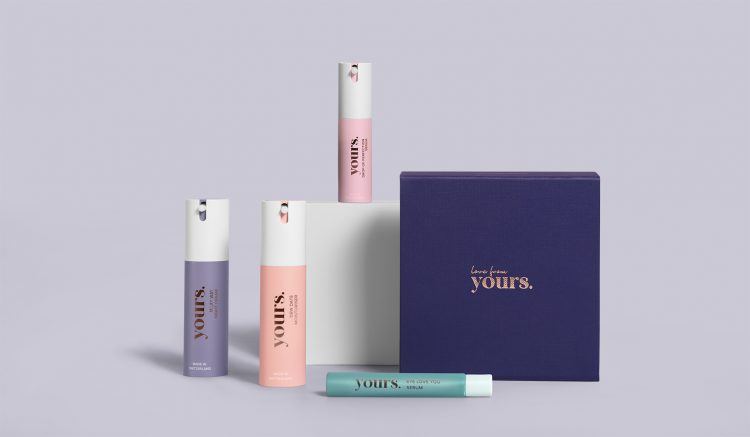 Sirni says Arrive had a longstanding interest in the personalized skincare segment and was “looking for the right fit” for over a year when they found Yours.

“Our thesis is that with technology, there’s no reason to only focus on one-size-fits-all skincare products. Highly accurate, low-friction systems will eventually allow for very effective personally customizable skincare products to be created for individual consumers.”

The approach and attitude of Yours co-founders Navneet Kaur and Shivam Sharma encouraged Arrive to invest.

“They were adamant about the product being cruelty free, 100% organic, with a focus on a transparent supply chain, which is important to us,” Sirni says.

The duo’s professional expertise across skincare, operations, logistics, and business development was also in their favor – as well as their own experience as consumers of skincare products.

“They founded Yours in response to a real need in their own lives – they became obsessed with trying to solve this problem for themselves and are now doing it for others,” Sirni observes.

Fashion is a global business worth US$3 trillion, which accounts for roughly 2% of the world’s gross domestic product, according to industry network Fashion United. That’s an astonishing number. However, despite that size, it’s one of the most under-digitized industries in the world and is still riddled by a lack of real transparency and efficiency. 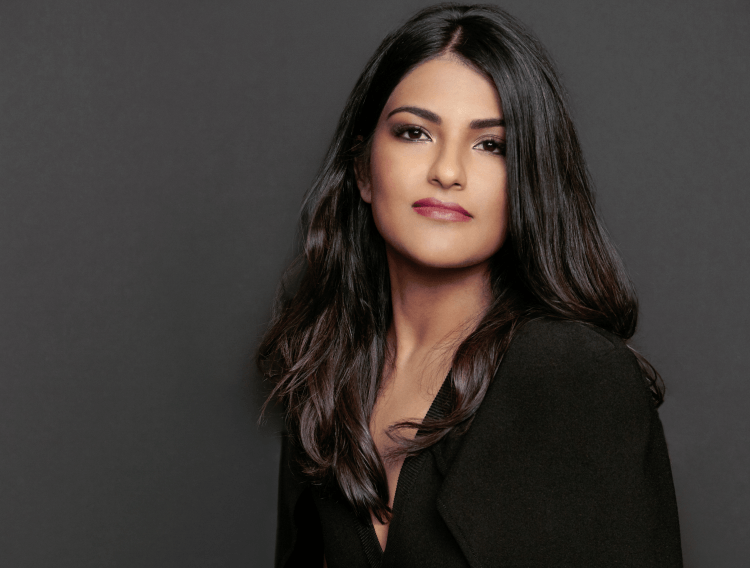 While Arrive found Zilingo’s supply chain technology impressive, what clinched the deal was how the fashion startup leverages data as it strives to reimagine and improve the industry, points out Sirni.

“In addition to simply enabling higher margins for brands, they can and do have a real impact on issues like responsible manufacturing and sustainability. This focus on constantly evolving and innovating the business has allowed them to create a holistic platform [that includes] financial services, data science, white-label solutions, and others.”

Zilingo became Arrive’s first Southeast Asian investment as the platform was stepping up its game in the US.

“This focus caused them to recently announce a US$100 million investment in their US operations. This ideal timing provided Arrive with exposure to a top-tier investment in Southeast Asia while providing Zilingo access to a very well-entrenched strategic investor in the US market,” Sirni notes.

Along with her fellow founders, Zilingo CEO Ankiti Bose has “built an amazing, productive and fun culture,” says Sirni. “I think it’s a testament to the confidence that the team has in the long-term mission and success of the business.”